What is ROPP Cap?

Before understanding ROPP Capping machine or application, it is supremely important to know about what is ROPP Cap.

ROPP Cap is a type of bottle closure & its full form is Roll on Pilfer Proof. It is kind of Metal cap generally made using fine grade of Aluminium as Aluminium imparts the benefit of ductility. It must be frazzled that, in practice, there is no such thing as pilfer proof, only there is tamper evidence & there have been many cases wherein Ropp capped wine bottle later on replaced with cold tea, with no evidence of entry between cap and bottle. ROPP Caps are widely used in a type of industries like pharmaceutical, distilleries, wine and beverage etc.

A ROPP Cap is applied as a cap with cylindrical cross section and no thread. When ROPP Cap applied over bottle at that time, the cap is distorted over the thread of a bottle and base of cap get deformed around securing ring in the bottle neck.

Machinery which is used to apply ROPP caps is called an ROPP capping machine. There are wide ranges of ROPP Capping machine available & they can be selected based on the output requirement of the production line.

The basic working of ROPP Capping machine is divided among the following assembly of machine.

Continuously fed from upstream machine to the in feed conveyor belt of ROPP Capping machine and move further through in feed worm for correct spacing between two bottles and transferred to the in feed star wheel.

After sealing operation, ROPP sealing head moves upward with help of cam and bottle move with exit star wheel and Move further on conveyor belt for next operation. 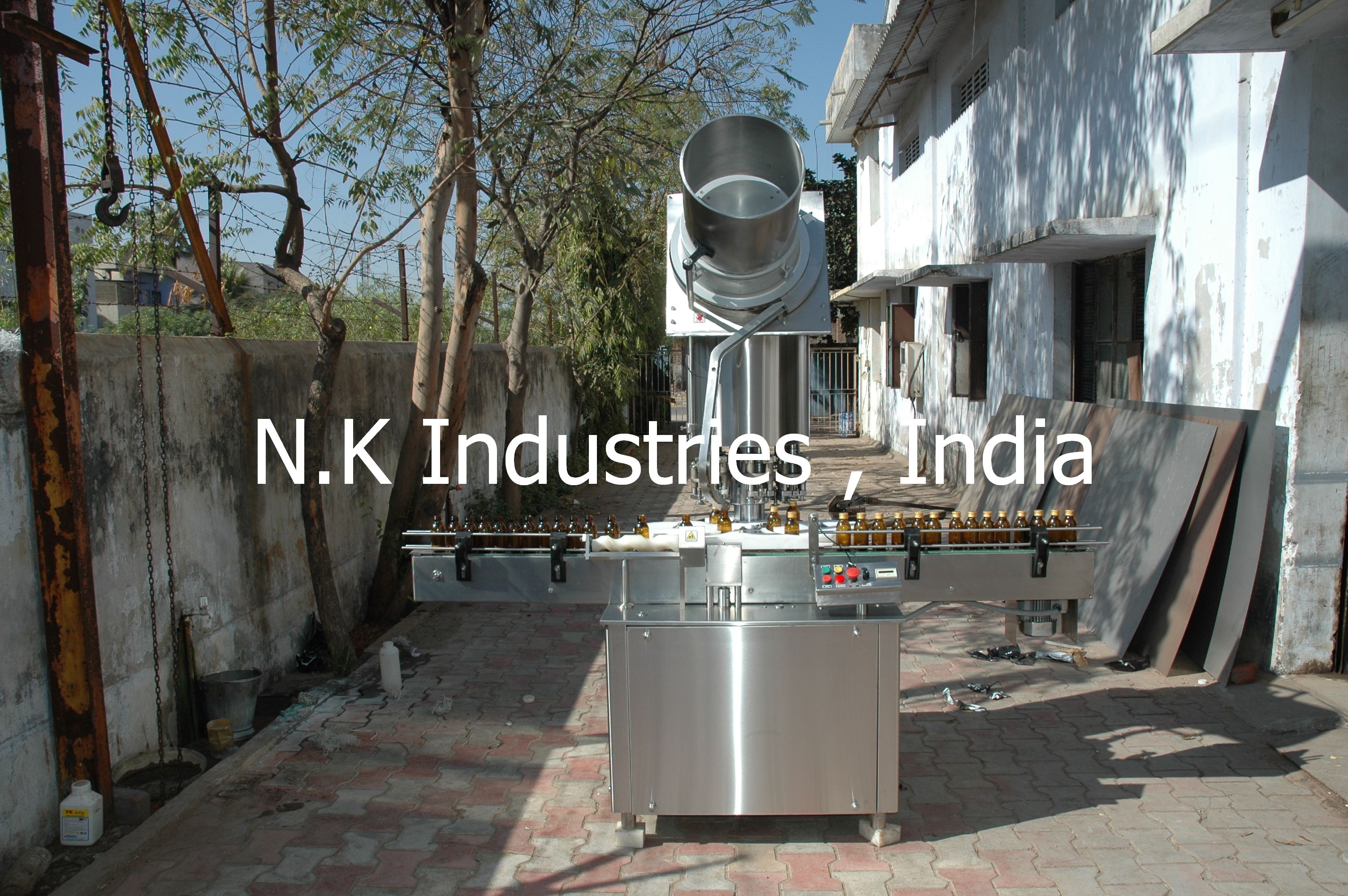